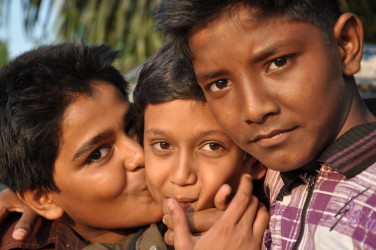 We all get exposed to things that stop us in our tracks.

A recent business trip to Mumbai, India left me with the latter.

I’ve heard some people compare Mumbai to New York but I really don’t see it.  Yes there are lots of buildings, pockets of wealth and plenty of businesses.  But instead of 6 million people in Manhattan, India’s largest city squeezes in a population of more than 20 million.

Let’s double-click on that…

Twenty million people trying to survive, competing for jobs, trying to find a place to eek out a living and raise a family.

The volume of this population has created an environment that makes it nearly impossible to escape from the poverty that is so pervasive in the city. Street after street, neighborhood after neighborhood, there is a constant and chaotic tangle of corrugated aluminum shanties, tarp roofs and mountains of garbage that line the streets.  More than half of Mumbai’s population lives in this suspended state of abject poverty. 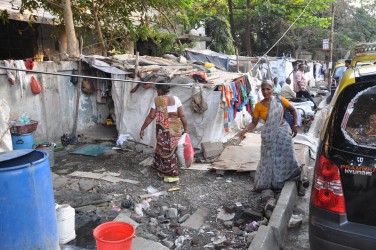 And when you start to dig into the numbers, it’s startling to realize that poverty among the employed is higher than among the unemployed. If that seems counterintuitive, the fact that 90% of the poor are employed might make it seem less puzzling. The poor and the uneducated cannot afford to not work, while the unemployment rates keep climbing as the level of education rises. Thus, the problems for the underemployed and the working poor are more acute than open unemployment, with the majority of all workers falling below the poverty line.

Seeing this first hand is dizzying and heartbreaking and inspiring all at once. Now, inspiration might not be something that you’d expect in this environment but it’s actually not hard to find. I saw it most vividly each morning as I left my hotel at 6am for a morning run as every able body begins their daily scramble to do whatever work they could find. It didn’t seem to matter what the job was, or what it paid. There was a uniform seriousness and focus as workers faced the 97 degree heat to earn a few rupees to help their family.

One of the most profound examples of work ethic and productivity in the face of adversity came on one of my days off as I decided to pay a visit to Mumbai’s largest slum – Dharavi.

If you haven’t heard of this slum, it’s worth learning about because it has a fascinating story. It’s one of the largest slums in the world and within its walls has self-contained industry that  generates more than 750 million (US) dollars of revenue each year. 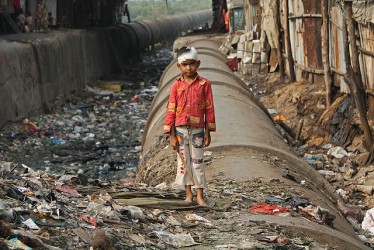 As I made my way into they slum’s dizzying corridors I learned that Dharavi is actually divided into a commercial zone and a residential zone and further organized into specific areas within those zones. Over time, complex systems have emerged both organically and institutionally and are nothing short of a Harvard Business Review case study of urban and industrial planning. And considering how little education many of the slums residents and workers receive and that a large number are illiterate or barely literate, it is humbling to all of us who have been brought up to believe that order and planning on this scale is best left to academics and highly trained professionals. 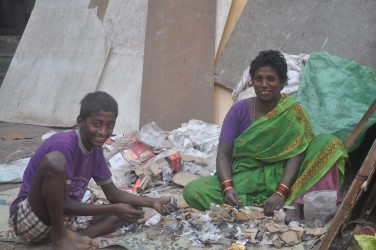 Remarkably, 80% of all of Mumbai’s plastic recycling is processed through Dharavi to be sorted, washed, melted, cooled, and chopped into tiny pellets only to be returned to manufacturers all over the world. To think that so many consumer products, which look so sterile when we purchase them packaged from the store, might find their origins in a dilapidated brick shack in a back alley deepens my confusion and awe of our entire industrial system.

While many governmental and private groups have both tried to enforce or encourage the use of safety equipment in these workshops, most of the workers can’t be bothered to wear the gloves, goggles or gas masks that would protect them from the sparks, flying shards of plastic and metal, and toxic fumes that are always in the air. They can’t be bothered because they refuse to limit their own productivity.  Wearing protective goggles or gloves, they believe would impact their ability to keep up with their production potential. And because most of the workers make only 150 rupees (about $3 U.S. Dollars), they just accept the occupational hazards as a necessary reality of earning their living. Life expectancy among the workers is sadly short because of these dangerous working conditions.

While I will likely never be able to fully empathize with the huge portion of the global population that works and lives in such impoverished and dangerous conditions, I also understand that there are many ways to be and a life full of sterile luxury goods isn’t the only way to find wholeness and satisfaction. 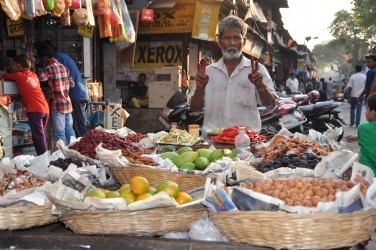 I leave India with a renewed appreciation for the comforts that we all have here in the United States and a deep respect and sense of hope for our brothers and sisters that are working so hard to improve their lives in India.

Now that I’m back home, conversations that I have and overhear seem different. I am suddenly careful to consider this recent experience before I vent about things that now seems so insignificant or trivial.

India has indeed made me realize that I have a responsibility to make even more of a difference for others.  And that the privileges that we so often take for granted should be appreciated and used to do more good in this world that we all share.

Paul Shapiro is a Managing Partner at vie™. Visit vietocompete.com or email paul@vietocompete.com to start a discussion about how vie can make a remarkable difference for your sales organization.